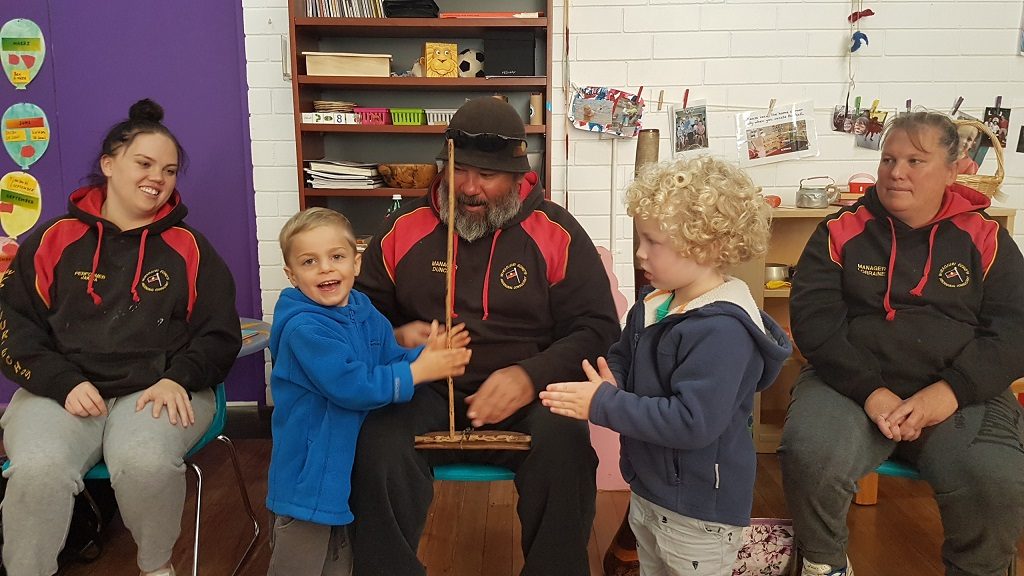 The Thursday/Friday GAP children were educated and entertained today by Duncan Smith OAM and his colleagues Lorraine and Jakida, from the Australian Aboriginal educational group,  Wiradjuri Echoes. 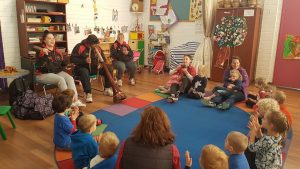 At first some of us were a bit shy, but we soon warmed to our guests as they had all sorts of fun things to show us and tell us about.  And they had some funny jokes which soon had us giggling.

First we learned all sorts of local Aboriginal words, and were shown artefacts and how they are used.  There was a special carved stick for digging up edible roots and a basket to collect roots and berries in.  This was traditionally women’s work, so we needed a princess in pink slippers to model it for us. 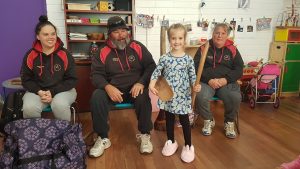 There was also a shield and club for fighting (although Duncan was quick to point out that he didn’t like fighting, so assured us he never uses it).  It is nonetheless a requirement to pull a scary face when one models the fighting equipment, however. 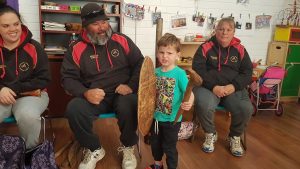 We learned about how the Aboriginal people hunted for food using boomerangs – different sorts of boomerang for different animals.  We also saw that by tapping the top of a special emu call-maker, the Aboriginal people would trick emus into coming away from their nests, which gave the people time to steal the emu eggs and eat them.  This emu noise was made by slapping the wooden tube with the hand (not the forehead, as suggested by one of the children!) 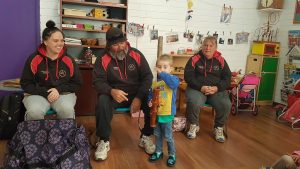 We were shown how the Aboriginal people used sticks to start fires, and were allowed to have a turn. It is very tricky to keep that stick in place, spin it at the right speed, AND look at the camera! 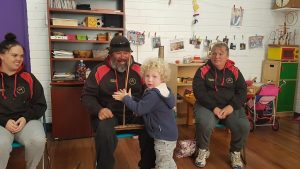 Another exciting part of the program was having our faces painted in the local Aboriginal style.  The children could choose from Berry Princess or Kangaroo Warrior face decorations. 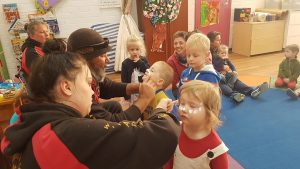 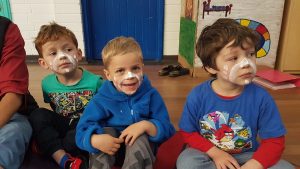 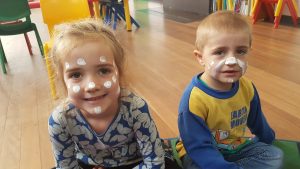 Duncan played us all sorts of native animal sounds on his didgeridoo: droning, kangaroos (of various sizes and hopping speeds), emus, dingos and kookaburras.  He soon had us up dancing and hopping like kangaroos as well, listening with our big kangaroo ears, and learning kangaroo dance movements. 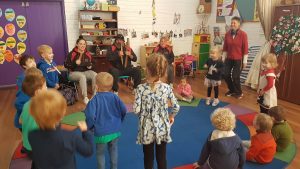 While we rested from all that dancing, Duncan told us the Aboriginal Dream Time story about the Rainbow Snake who created the world and put all the colours in it.  The children were quite enchanted with that, and were very eager to participate in the Rainbow Snake dance.

First, we all lined up and Duncan checked with us that he was making the right snake noises.  We were quite adamant that moo and woof were not right!  Eventually he got it right, and we followed our Aboriginal dance teacher Jakida around the room in a winding snake pattern. 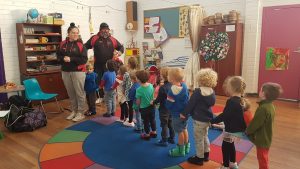 The children were absolutely delighted with this twisty turny rainbow snake dance and there were a lot of big big smiles and laughter.  The accompanying didgeridoo music and clapping sticks made it all really exciting and fun. 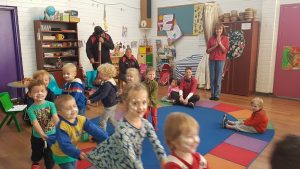 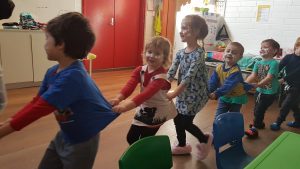 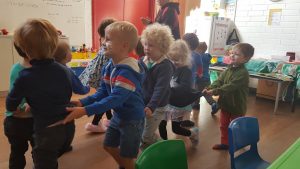 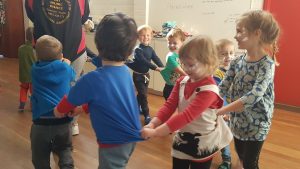 Just like the snake in the story, our dancing snake wound itself up into a tight curl at the end, and went to sleep. 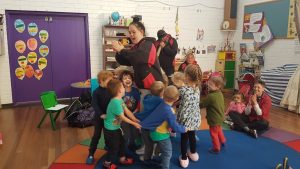 We gathered together on the carpet again, and Duncan created some art in front of our very eyes, telling us about how different things can be depicted in Aboriginal art. He drew a scene showing the Rainbow Snake story and signed it for us.  He said we could photocopy it and colour it in. 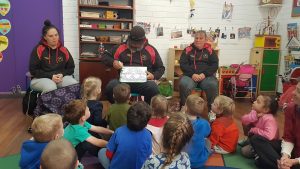 At the very end, we were given wooden boomerang shapes as a gift to decorate ourselves (this isn’t usually part of every preschool presentation), and we had the opportunity to teach Duncan and his friends one of our favourite German words…