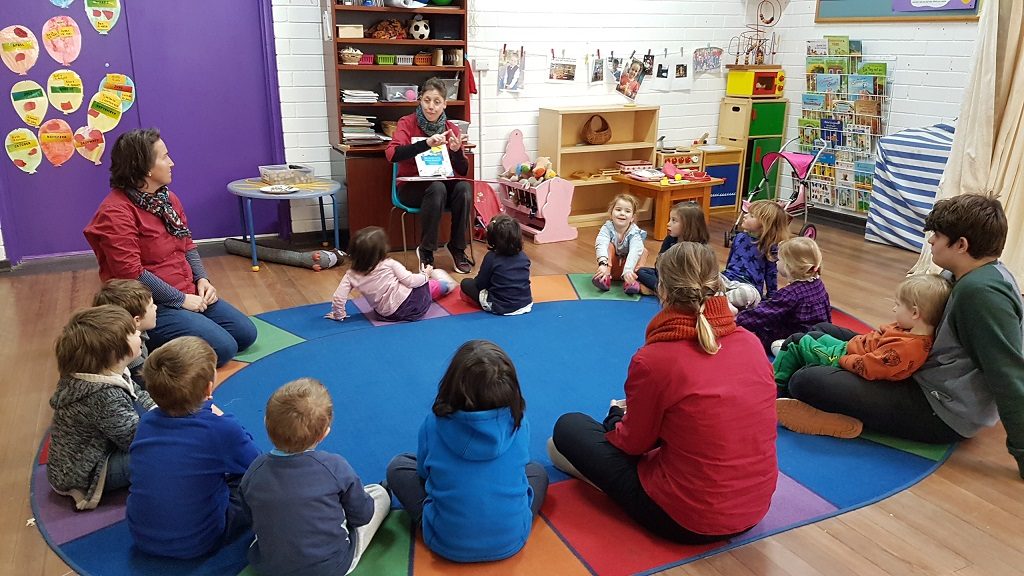 When we were contacted by a Year 10 student from Canberra Grammar school, who spoke perfect German and was interested to put in some community service hours for his school with us at GAP, we said, “Ja klar!”  And we are glad we did.

Carl arrived bright and early on a chilly Monday morning and was an instant hit with the children, who surrounded him wanting to play games.  He eagerly embraced the opportunity, playing chasing games which they love, and he and the children were all soon warmed up from all the running around. 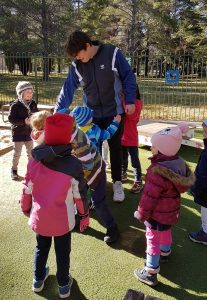 The bell rang to go inside, and after helping children with zips, shoes, bags, hats, Hausschuehe, and so on, Carl settled on the carpet to enjoy our morning circle with us… already with two children on his lap and another two stuck to his side.

At morning tea, some of the children even saved a place for him at their table.  What an honour!

By mid-morning play time outdoors, he’d gathered an even bigger following, and was walking around with kids hanging off his arms and legs.  The teachers did nothing to help him, and only laughed and took photos for you! 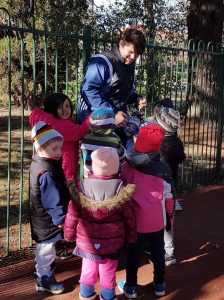 The children played police and put Carl in jail.  He soon escaped on a tricycle, however, until more police caught him and tried to tie his tricycle up.   He waited patiently while they did this, offering helpful suggestions… 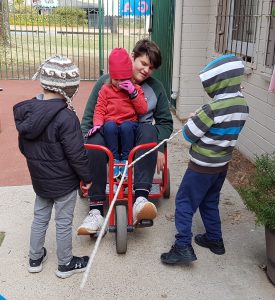 … and then cleverly suggested a variation on the game, and organised to have his get-away vehicle pulled along by the police! 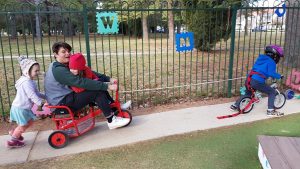 After a lot more running around, it was time to head back inside for story time, and three pages in, one of the children fell asleep on his lap.

After lunch, Carl tried to sneak off for his own nap time, but the children soon discovered him in the tunnel, much to everyone’s merriment. 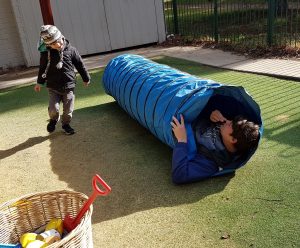 Monday and Tuesday nights, he also came to help out at Pfadfinder, where there was even more running around and chasing games to be had with the bigger kids. It was exhausting!

Carl had so much fun, and we had a great time hosting him, he braved a second day with us.   It is rumoured that we tired him out so much that he actually did fall asleep at rest time on his second day… the photo proof of which could be available to the highest bidder. 🙂