A marvelous time was had by children and adults alike, at the Spielwelt family Oktoberfest on Saturday 3 November.

Along with children currently involved in our playgroups, playschool and scout group, we also enjoyed seeing so many of our alumni returning to catch up… including one family who have returned after having been away in Germany for 5 years. 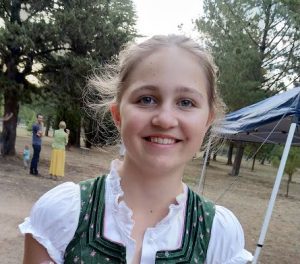 There were some beautiful Dirndls and great Lederhosen to be seen (even on some of the darling babies), which made the event all the more enjoyable. 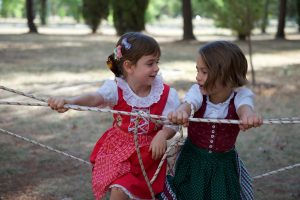 The Oktoberfest organising team did an amazing job with the catering and decorating touches.   There were plenty of folk available to help out on the day too, which gave the event a real community feeling. 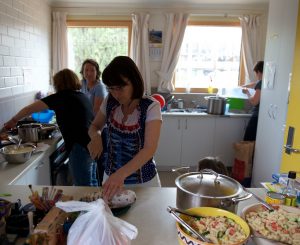 It was touch and go there the night before, with a total fire ban being announced, but thankfully the ban was lifted in time for us and we were able to use our fire permit and the cooking of our Spanferkel could go ahead. 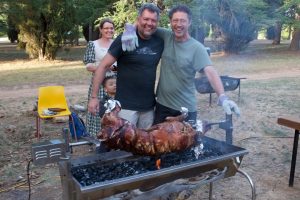 Christian’s specially brewed Oktoberfest Bier was enjoyed by those who wished, and there was plenty of food, music and games to keep everyone happy. 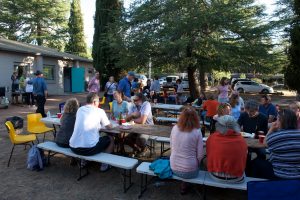 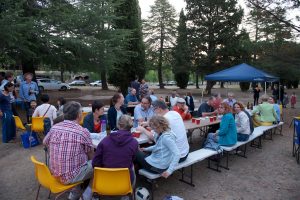 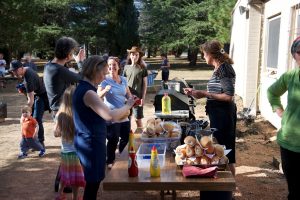 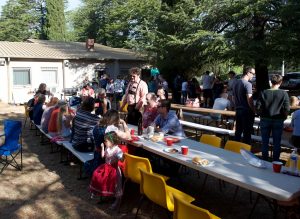 The Tug of War game was a hit with the dads and kids.  Some of our Pfadfinder set up a rope bridge swing between the trees and lots of children had a wonderful time playing on that. 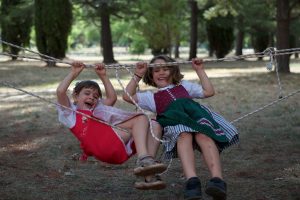 Our teenaged scouts and friends held their own Oktoberfest picnic gathering in the park, playing soccer and other games, and enjoying each other’s company at what they called “a dignified distance” from the parents.

By using reusable picnic plates, cups, mugs and cutlery, serving fresh home-made foods and creating our own decorations from recycled materials, we were able to reduce our waste-to-landfill from this event by 70% this year.

Our hard-working organising team would like to thank all those who brought such delicious salads, Bretzeln and desserts to share…. and thank the many folk who helped setting up tables, washing dishes and packing up afterwards. 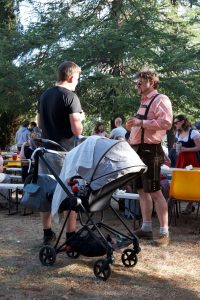