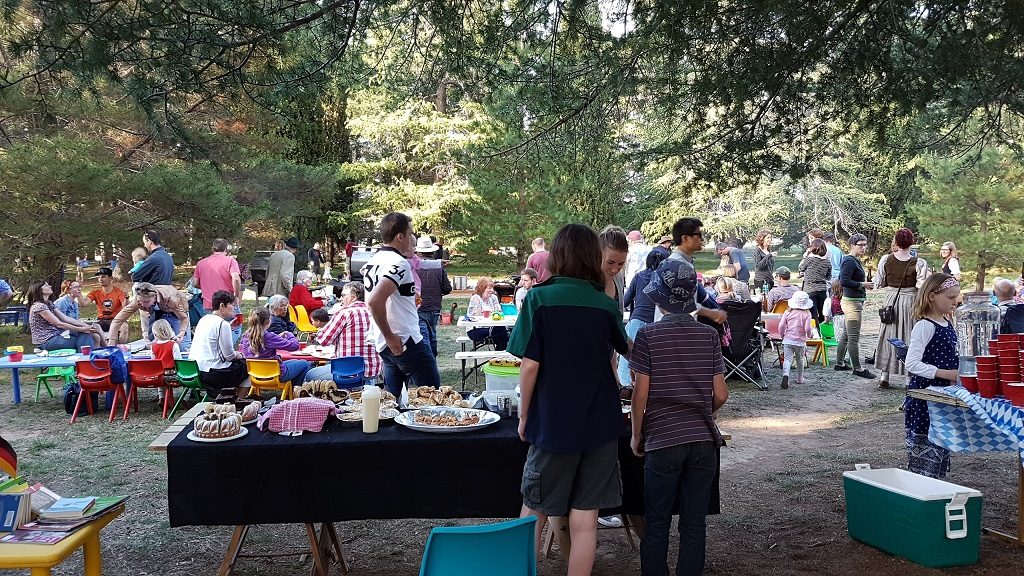 A huge thanks to our Oktoberfest organising team: Gerda, Gerald, Christian and Uli!  Many thanks also go to those who brought food to share, helped set up, prepared foods, washed dishes, and helped tidy up afterwards.

The crowds enjoyed good company, enjoyable music, and great German foods (the Wurst, pretzels and salads were terrific, the cakes and strudel were superb, and many folk reported that the Spanferkel was delicious). 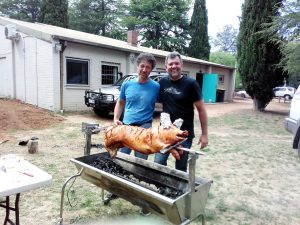 Children played some fun German games, the entertained themselves playing on the scouts’ rope bridge and riding plenty of bikes and scooters.  It was lovely to see children of all ages running about in the park having a grand time while their parents socialised. 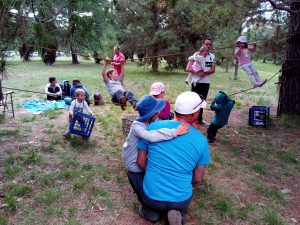 A plethora of colourful Dirndls, traditional Lederhosen, felt hats from various regions of Germany, and of course Biersteine, added to the festive atmosphere. 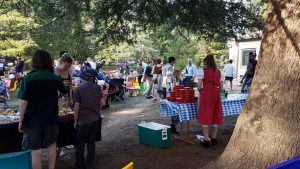 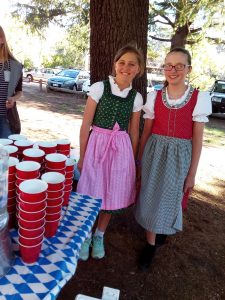 Thanks to an ACT government multicultural grant, these great cups can be reused at all our special events. No more waste!

The after-party carried on until 10pm, for those whose children were old enough for such a late night.  There was plenty of laughter coming from around the Lagerfeuer – a good night was had by all. 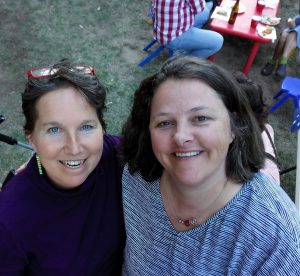