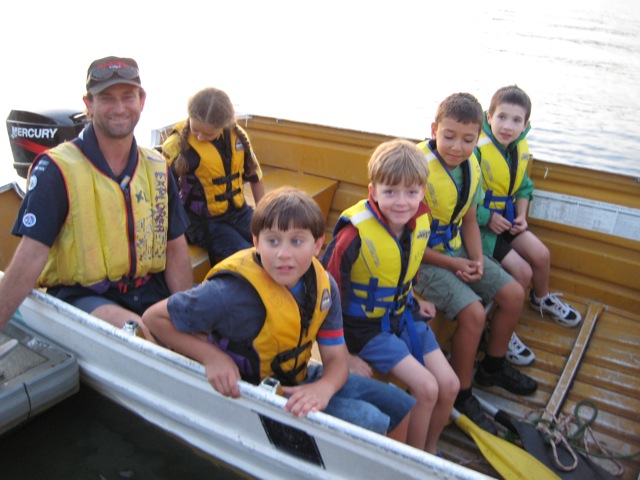 Scouts for boys and girls, aged 6* years and up, in German, in Canberra! What a great way for your child to practice, use, maintain and expand their German!

Come along for a free trial, before you decide – we are sure you’ll be impressed! Our leaders are fantastic, energetic, enthusiastic; and deliver an amazing program. Our families are friendly, committed and wonderful.

*Parents may bring  children who are nearly 6 years old along to participate, as long as the child has already had two terms of Kindergarten at primary school, and parent accompanies them and takes full responsibility for them at all times.

Join the boys and girls of the German Australian Pfadfinder Scouts, as a Joey, Cub, Scout, or a Venturer. 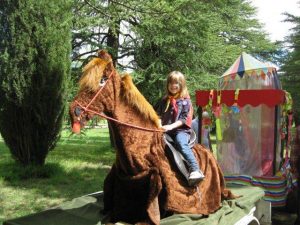 One of Pfadfinder’s Joey Scouts rides the horse made by Pfadfinder Cubs and Scouts, for the Karneval parade!

Children need to know enough German to understand instructions and questions, and reply in German.

Our scarves are yellow (like Scouts in Germany) and red (the common colour which appears on the German, Austrian, Swiss and Australian flags). 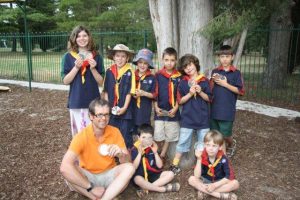 Tell your German-speaking friends with kids about Pfadfinder!

There is also a French-speaking scout group in Canberra, Les Explorateurs and a Spanish-speaking Scout group, Los Pioneros. 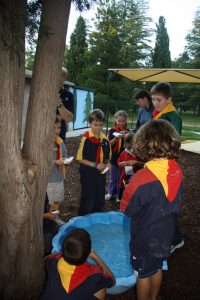 About Scouts in general