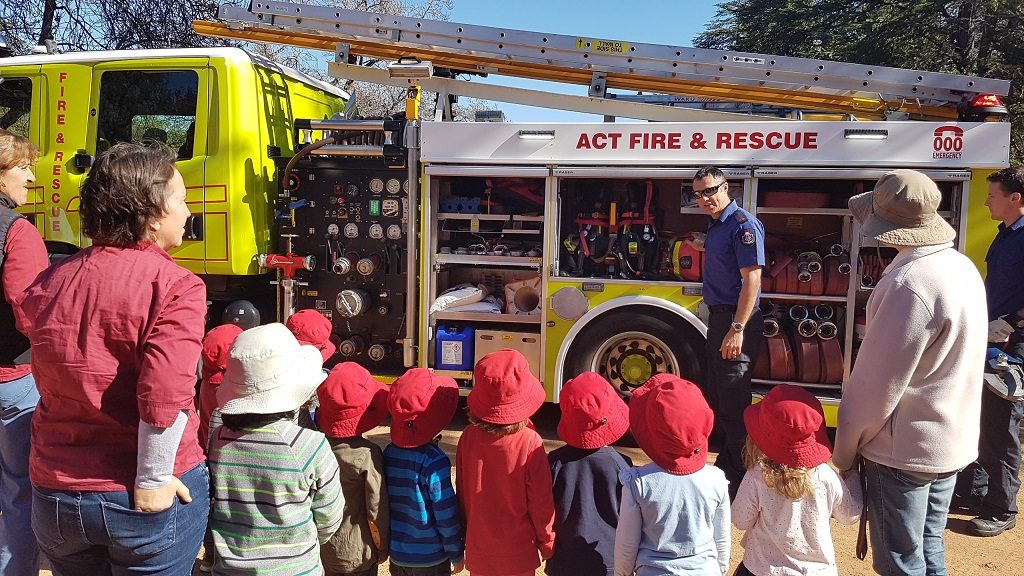 The GAP children enjoyed a visit from the fire-fighters today.  No, the fire-fighters were not there to extinguish the large number of candles on our Director’s birthday cake… but rather, our annual fire safety inspection was today.  (You know you have a great job when good looking fire-fighters visit you at work every year for your birthday AND when your adorable clients guess how old you are, they pick numbers like ‘ten’ and ‘fifteen’!)

After passing our inspection with flying colours, we were treated to an exciting tour of the fire truck and some of its goodies, including (would you believe) some oil spill mop up stuff the fire-fighters called kitty litter!

We marvelled at the long ladder on top of the truck and some of the very cool things they had on board, and we got to see some enormous heavy scissors used for cutting open cars. 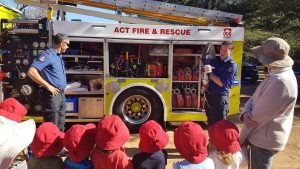 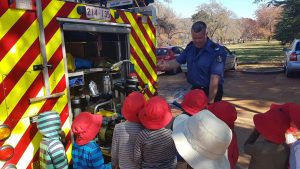 We asked lots and lots of questions, such as:  does the paint on the truck melt in a fire; why are the wheels so big; what sorts of rescues do the fire-fighters do (it turns out that, yep, they even rescue birds out of trees!); what is that black thing (the thing that is actually orange); what does that say on the truck; why are you wearing sea-horses (which we finally figured out was ‘sun-glasses’); do you have a fire extinguisher in your truck; where were you when my sister was sick; and many other really great questions! 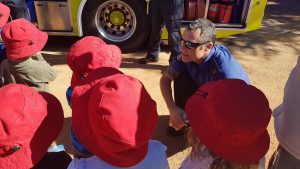 We saw how to carry a big hammer, axe and a giant can opener called a Halligan bar.  We admired oxygen tanks, saw a fire-fighter put on a mask, and checked out some fire-proof trousers. 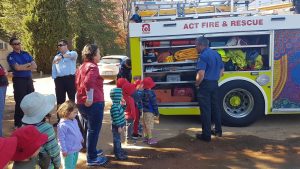 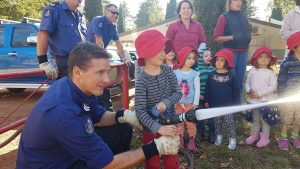 And when one of the children was too shy to squirt water at the tree, Charlie the fire chief asked if anyone would like to try to squirt HIM instead… there were immediately quite a few offers (including from his staff!) 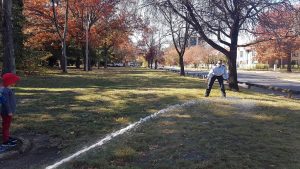 One of the fire-fighters even knew how to say “Auf Wiedersehen”, which prompted us to say “Danke schoen” to him and his platoon.

When the fire truck left, we all waved them off, and they put on their flashing lights and sirens for us as an impressive farewell. 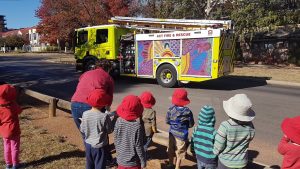 Another great experience at the GAP!