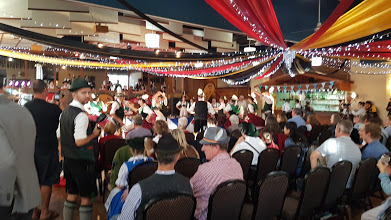 There are a number of other German groups (for adults and families) in Canberra.

Check out our page of hints and tips for getting all the good German stuff here in Canberra!

In an age of rapid technological advances, the world has become a smaller place. Distances have shrunk, time has gathered pace, and boundaries have shifted or disappeared altogether. More than ever it is important to know about other cultures and to speak foreign languages.

The Canberra German Speakers’ Network (CGN) is a voluntary cooperative of independent organisations, institutions and initiatives in the Australian Capital Territory that focuses on promoting the language and culture of the German-speaking countries.

The objectives of the CGN are

The activities of the CGN are supported by the Embassies of Germany, Austria and Switzerland. The publication of this brochure has been funded by the Embassy of the Federal Republic of Germany.