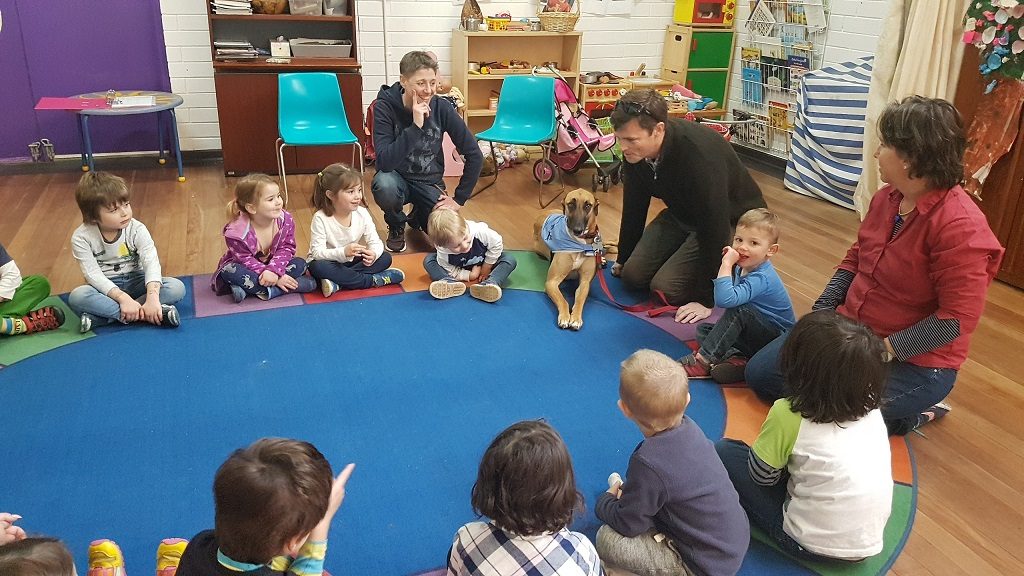 We were delighted to have visits from “Brown Dog” and his  psychologist friend Matt, from Sage Psychology, for both our classes this month. 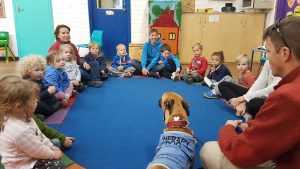 After gentle introductions, the children decided it would be fun to have Brown Dog join them in the circle, so into the circle he went and sat down on one of the coloured squares just like the children do… much to everyone’s delight! 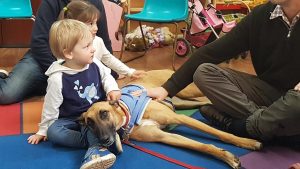 As Matt talked, the children had the chance to pat Brown Dog and rest their heads on his side and feel relaxed.  (Brown Dog was very relaxed too, and rested his head and paws on some of the children’s laps while they patted him…  which resulted in more delight!) 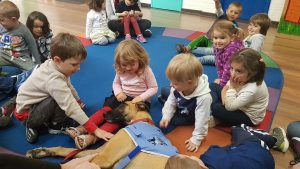 What is a therapy dog?  Matt explained that Brown Dog’s job is to help people feel calm (and not, as one child suggested, to sleep all day), while Matt helps them to talk about things that might be making them feel sad or worried, so that they can feel better. 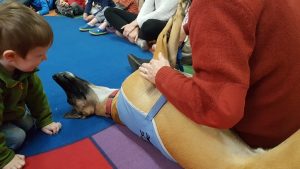 The children also asked about what Brown Dog liked to do and liked to eat.  (Matt the psychologist joked as an aside that he could afford to feed Brown Dog now that he was considered a tax deduction!) 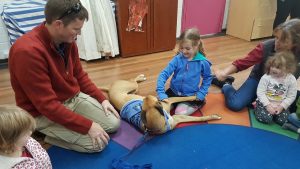 We really enjoyed the visit, and it also helped diminish some of our children’s anxiety around dogs.  Even some of our teachers enjoyed some dog therapy! 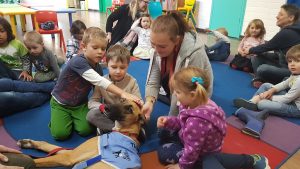 Perhaps one day, we will teach Brown Dog (Brauner Hund) some German and he can become a teacher at GAP!  Imagine that! 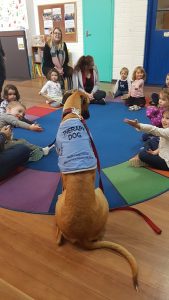